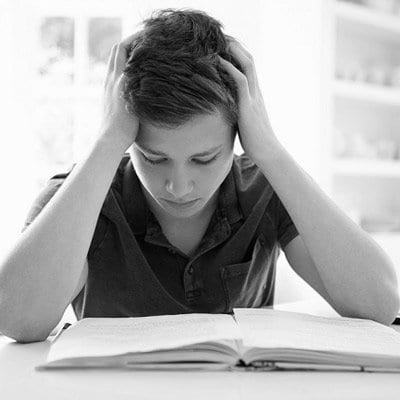 We believe our schools should be places in which a children’s wellbeing come as the priority, with the understanding that academic success and wellbeing are not mutually exclusive. Wide ranging research shows that British children, and their teachers, are going through a mental health crisis. There are many multifaceted reasons for this, but schools certainly have a decisive part to play, both as a learning, and a work place environment. We seek to fund projects that will help schools to become the most inspiring and fulfilling of all human places. Above all, we seek to shift the national consciousness towards a new enlightened philosophy where a successful education means more than achieving good grades. We seek to fund capital projects that support this vision.

Our children live in the most intensely stimulating periods of human history, with smart phones, social media networks, high definition immersive gaming and augmented reality readily available. For most, however, their learning environments do not reflect or take any account of this.

National data is consistently telling us that our children are currently experiencing a mental health crisis, with the number of young people who have presented to A&E with a psychiatric condition more than doubling since 2009.

Mental health problems are now, on average, affecting three young people in a class of thirty. It is arguably harder being a young person in Britain today than it has ever been.

With our national educational policy shifting to put greater emphasis on attainment, there is a danger that young people can become disconnected from their sense of self-worth if they believe that their value at school is conditional on academic performance. Although the introduction of Progress 8 attempts to address this by measuring the attainment of all children (not just those reaching the old A*-C benchmark), the demands of the English Baccalaureate aspect of Progress 8 as a school performance measure is ensuring children are forced into a narrower curriculum at the expense of creative subjects.

The vast majority of education based research regarding the ‘non-academic’ and creative disciplines, such as the arts, sports and technical subjects seeks to use them as a mechanism to increase academic performance (of which there is limited evidence), rather than accepting them as a noble pursuit in themselves. It is widely accepted that the arts are an an effective way to promote creativity and instill a sense of enjoyment and personal wellbeing. As such, there is a growing disconnect between children’s lives inside the classroom and their lives outside of school, as curriculum content and attainment dominate the philosophy of learning. This is despite research indicating that most parents want a more balanced academic and technical education that is more reflective of their child’s talents.

“We are at a risk of medicalising
childhood by focusing on the
symptoms rather than the causes.”

Our young people are, in too many cases, being kept inside psychologically depressing places, with the added pressure of narrowly defined academic performance, despite the mounting evidence that it is the wider non-cognitive skills such as motivation, perseverance and self-control that underpin not only academic success, but success within the labour market.

Our educational philosophy is narrowly equating test results with a high-quality education – to quote educational psychologist Dr. Joseph Renzulli, we are entering a new model of the Three R’s: ‘ramremember-regurgitate’.

It would be a mistake to think that a broad education, high academic attainment and the development of non-cognitive skills are somehow mutually exclusive – as is shown by the full spectrum dominance of privately educated professionals from the BAFTAS to the criminal justice system. As yet, what has been overlooked by all available research is the effect that delivering such a restrictive educational programme will have on the recruitment and retention of teachers who value the merits of a broader, well-rounded, and enjoyable educational experience.

In order to attract and retain the best talent in a competitive labour market, leading companies around the world are realising that they must provide working environments that are conducive to a sense of health and wellbeing. There have been many studies on the impact of physical environments on the health and wellbeing of people – particularly in hospital patients, where the health benefits of providing access to natural views and quality space to relax are widely recognised. It therefore seems only common sense that we should apply this understanding when developing places where our children will spend the majority of their formative time. In the same way, the mental health of our teachers should be regarded as equal importance as the mental health of our children.